It may be cold outside …..‏

We have some great cafes in Broxtowe (as well as some excellent pubs!) so it was a pleasure to hold my surgery this morning in Shabbylicious in Stapleford. I must also congratulate Nygel and his team at MadHatters in Kimberley on their move to James Street today. There are many more examples of excellent small independent businesses in the constituency and it’s a pleasure to support them all. As part of that work I am pleased the Treasury Minister Priti Patel is coming to meet business people next month (details below).

Whatever your plans I hope you enjoy the rest of the weekend – despite the cold!

As ever,
Anna Soubry 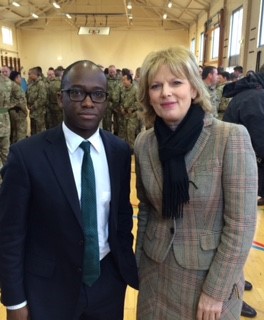 Cabinet Office Minister Sam Gyimah joined me at Chetwynd Barracks on Thursday to launch a national campaign to encourage everyone to make sure they are registered to vote. I was there as the MP and Defence Minister with responsibility for increasing registration amongst our troops and their families.

Broxtowe Borough Council staged a number of events to publicise the new online scheme and the changes to the old system. Voters must register individually – there are more details on the Borough Council’s web site including the online forms. Whatever your views it is important to make sure you are on the electoral roll and exercise your hard won democratic right to vote.

Get registered to vote! visit the Borough Council’s web site

Thank you to everyone who has emailed me to say they are interested in standing as a Borough, Town or Parish Councillor – and if you haven’t contacted me and are interested please just reply to this email. I know Broxtowe Conservatives have selected almost all their candidates but have vacancies in parts of Beeston and Toton and Chilwell Meadows for Broxtowe Borough Council. Please let me know if you would like to become a Councillor. 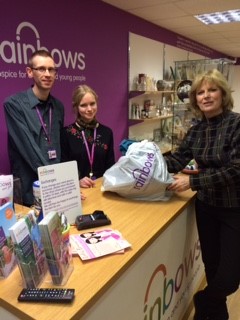 I am very grateful to everyone who has come forward to offer their services for my re-election campaign. If you would like to help in any way then please let me know. I am out every weekend with a great team of helpers delivering leaflets and newspapers and doing a lot of canvassing.

So please reply back if you would like to join the team.

Meanwhile out and about in Attenborough ….

I saw some of the worst pot holes, broken paving slabs and ruined kerbs in Attenborough this morning. I have written to Notts County Council and the local County Councillor asking if they could be repaired as a matter of some urgency. The County has little excuse given the millions of extra pounds from the Government to fix our roads. In the meantime my thanks to everyone who gave us such a warm welcome on the doorstep – despite the cold! 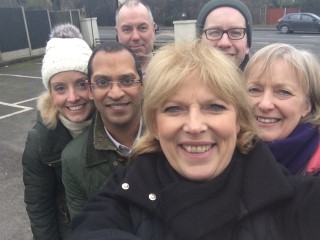 My thanks to everyone who joined Borough Cllr. Eric Kerry and me in Attenborough this morning – with another team out in Bramcote. 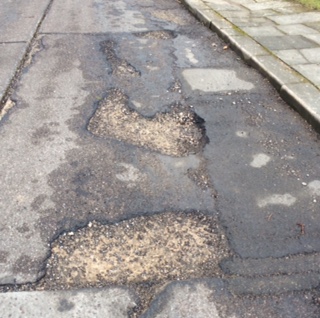 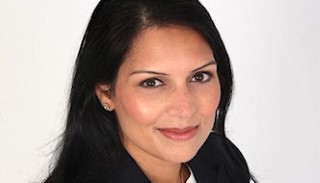 Exchequer Secretary to the Treasury, Priti Patel is the guest at Haveli on March 26th.

Calling all businesses in Broxtowe

I am pleased to announce that the Treasury Minister Priti Patel is coming to Broxtowe to meet anyone and everyone involved in business. Whether you are a sole trader or running a bigger business you are invited to attend on Thursday March 26

Priti wants to hear your questions and comments on how the Government can continue to do the right thing by business.

The evening meeting is being held at Haveli in Chilwell at 7pm. There will be a buffet (£25 a ticket) and as well as meeting Priti this will be a great networking event.

This is not a party political event and is open to all businesses and business people based in Broxtowe. Please email me on anna.soubry.mp@parliament.uk if you would like to come along. 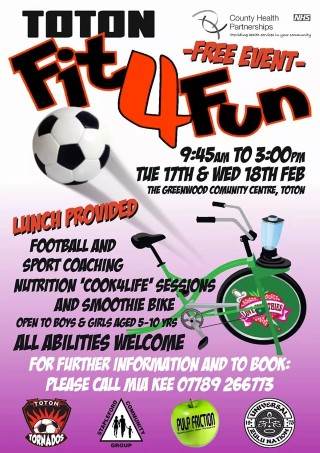 Just a special plug for a first in Toton.

Fit4Fun is open to all 5-10 year olds on February 17 and 18 at the Greenwood Centre off Banks Road. Football (courtesy of the Toton Tornados), sports coaching, Pulp Friction smoothie making, cooking and general fun are guaranteed.

Congratulations to the Stapleford Community Group who are sponsoring the event which follows on from similar events they have successfully helped to organise in the town. They have helped organise the event with local Borough Councillors Mia Kee and Halimah Khaled. Thanks also to County Councillors Richard Jackson and Dr. John Doddy who have contributed to Fit4Fun from their community fund. More details in the diary section.

Working for you in Parliament

I am pleased the second reading of the Bill to establish a Service Complaints Ombudsman received widespread support and moved to the next stage without a vote. You can read the full debate on the link below but will have to scroll on to 4.22pm when the debate began on Monday. On Tuesday I was one of the rather large majority of all MP’s who voted to allow mitochondria research to help couples have healthy babies.

Click here to read the debate and scroll to column 39 at 4.22pm