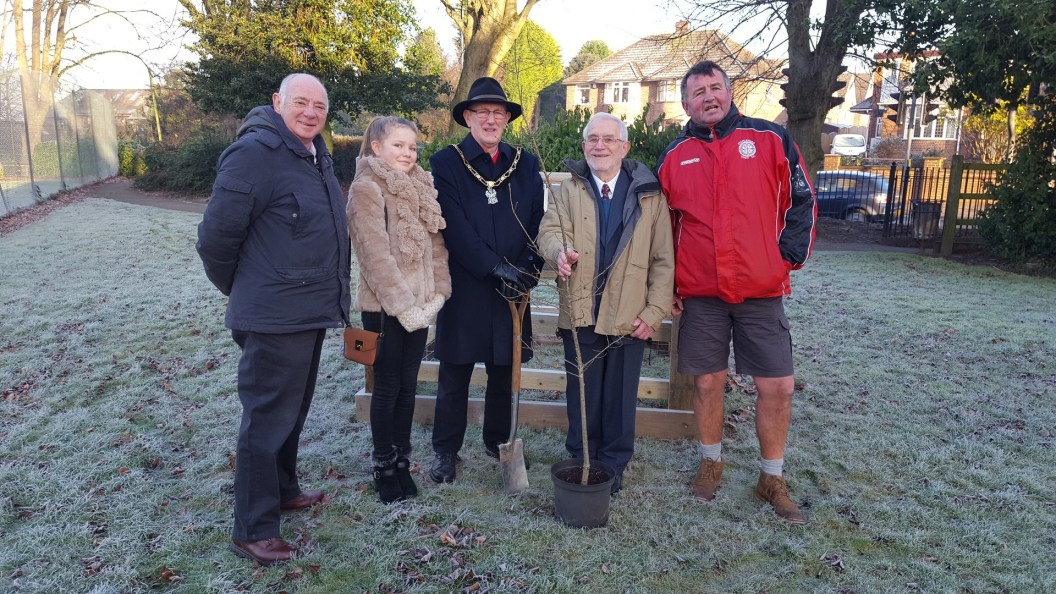 AN OAK SAPLING, grown from an acorn from the world famous Major Oak tree was planted last week in Stapleford.

The sapling was one of a number grown by Mr Lewis, who also has local links with the Friends of Toton Fields
community group.

Dr Patrick Candler, Chief Executive of the Trust said: “This is a wonderful way to end 2016 by planting
a sapling that comes from a tree more than 1,000 years old. This tree could well be alive in Queen Elizabeth II Park 1,000 years from now. It is also appropriate that Norman Lewis helped to plant the tree as his expert knowledge, care and attention that enabled
the sapling to grow from a small acorn’.

The Sherwood Forest Trust also helped with heather seed for heathland restoration projects at the Hemlock
Stone, Bramcote Hills Park and Bramcote Ridge and Mr Lewis donated a second tree planted at Hall Om Wong in Kimberley, grown from an acorn from the Parliament Oak, a less well known tree but one with historic importance as it is not only older than the Major
Oak, but has a history linking to King John and the Magna Carta.

The Major Oak is one of the most well-known trees in the world and in 2014 was voted the UK Tree of the
Year. Before it took its current name, it was known as the Queen Oak, making it even more appropriate that it was planted in Queen Elizabeth II Park at this time.