As part of the Stapleford Community Safety Event we are offering free security marking of your tools and equipment.

Join us from 10am until 12pm at Montrose Court off Melbourne Road Stapleford on Saturday 2nd November.

We will happily mark up your items completely free of charge.

28th February 2017 Stapleford Town Council Tags: Stapleford Allotments 0 Comments
The nights are getting lighter; spring is in the air even a few tentative shoots are pocking their heads up through the soil. Garden centres are brimming with plants and packets of seeds are available; everything from asters to zucchini are on sale; yes time to get planting that those bulbs summer veg.

END_OF_DOCUMENT_TOKEN_TO_BE_REPLACED

Church Walk off Church Street, Stapleford, Weeds and Moss which is very slippery.

This site off Nottingham Road, Stapleford is an eye sore and the Fences which should be up to keep people out seem to spend more time laid down than keeping the site secure. 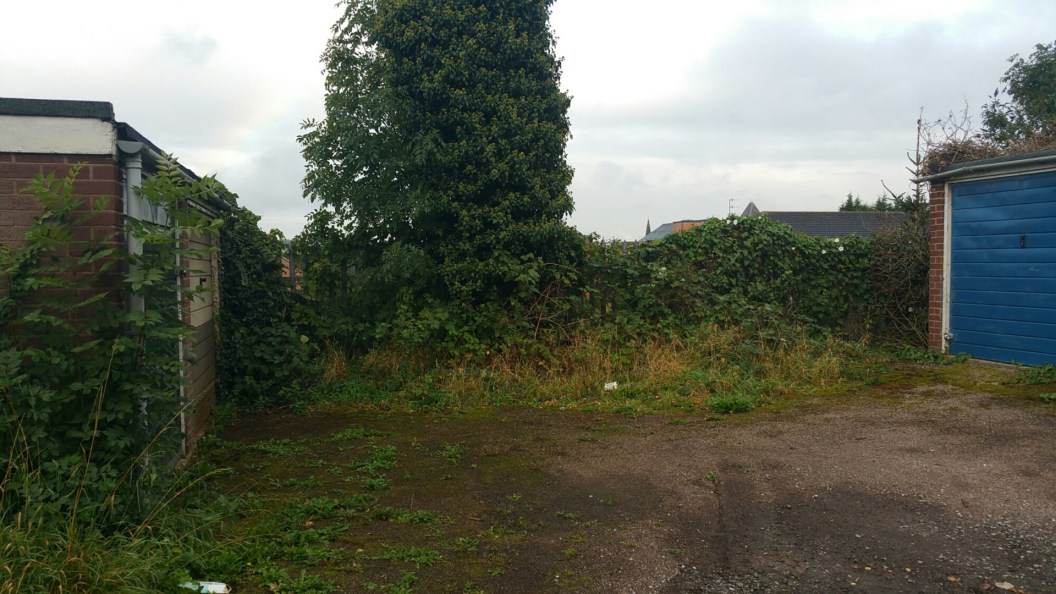 The end of Cemetery Road, Stapleford is still a right mess, had been for ages now. It’s overhanging still into the entrance to the Alleyway which takes you down to Cliffe Hill Avenue.

The Alleyway that runs from Cemetery Road down to Cliffe Hill Avenue at the side of the Nottingham Road Allotments is still a mess. Stapleford Town Council are responsible for this area and for some reason parts have not been done.

The Plot Holder above has done the bit that come off the Allotment Plot they look after.

Broxtowe Borough Council have done a good job cutting the Hedgerow from Windsor Close to the Alleyway.

The Alleyway from Gibbons Avenue, Stapleford upto the School has still not been sorted out.  The Trees and Bushes need ti be cut right back to allow light in, especially with the nights starting to draw in.

If the Trees were to be cut back then this Lamppost would shed a little light into the Alleyway. 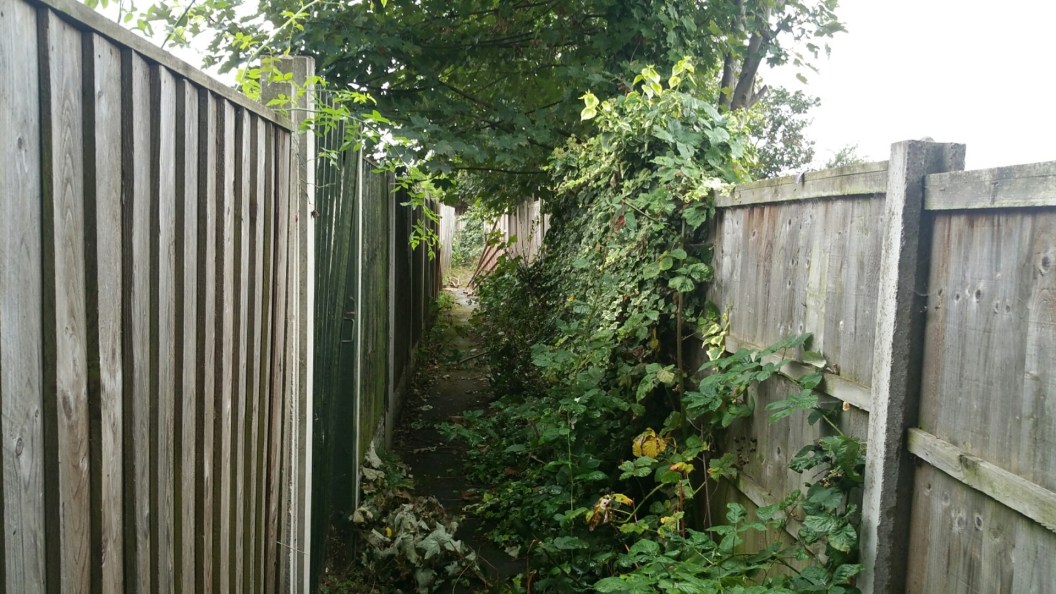 There seems to be some disagreement as to who actually owns the Alleyway at the back of the Houses on The Mount, but whoever it is the area does need to be cleared up as it’s in a right state.

Broken Bollards on Gibbons Avenue, Stapleford, need to be replaced.

Whilst these overgrown Hedges are still in need of a cut, they are taking over the Pavement and for some reason Broxtowe Borough Council can’t seem to get anyone to have them cut. The Car Park at the back of Sainsburys on Derby Road, Stapleford is still a right mess.

As is the Alleyway from Alexander Street through to the back of the Car Park behind Sainsburys.

The Trees and Bushes at the sides of the Car Park which is next to where Natwest Bank once was are overgrown yet again. The majority of the Street Furniture in Stapleford is such a bad state. A lick of Paint would go amiss.

The Drain on the Precinct off Derby Road is still blocked. It causes the area to flood when it rains, which in turn floods over the Pavement and over to the road.

Broken Bollards on the Precinct off Derby Road, Stapleford.

Whilst around the back of the Precinct the Drains are blocked with what looks like food waste products.

The Pedestrian Crossing on Derby Road juat after Sandiacre Road is still in a terrible state.

Whilst up at The Vista it’s a weeds that are making a mess of the area.

The Gazebo on Archers Field Recreation Ground is in a right state, calls to have it removed due to anti social behaviour have come from several residents living near by.

The Hedgerow along the Allotments on Bessell Lane, Stapleford which are controlled by Stapleford Town Council are so overgrown and need to desperately be cut right back.

Mess on the corner of Melbourne Road and Rowan Avenue seems to be building up. If rubbish is left people keep adding to it and it becomes a bigger issue.

These issues were raised earlier this morning when Maggy and Richard were finished off the work they started yesterday.

These and the issues raised yesterday have been sent to Broxtowe Borough Council, Stapleford Town Council and Nottinghamshire County Council.

Introduction To Growing Your Own

Full details on the flyer.

Make A Bee/Insect Box This Saturday